A three-member arbitration panel has awarded $6 million to the families of two teens killed in a 2019 rollover accident on Route 181. The ruling came against the Missouri Highways and Transportation Commission (MHTC) for the failure of the Missouri Department of Transportation (MoDOT) to properly maintain the roadway and thereby creating dangerous conditions. 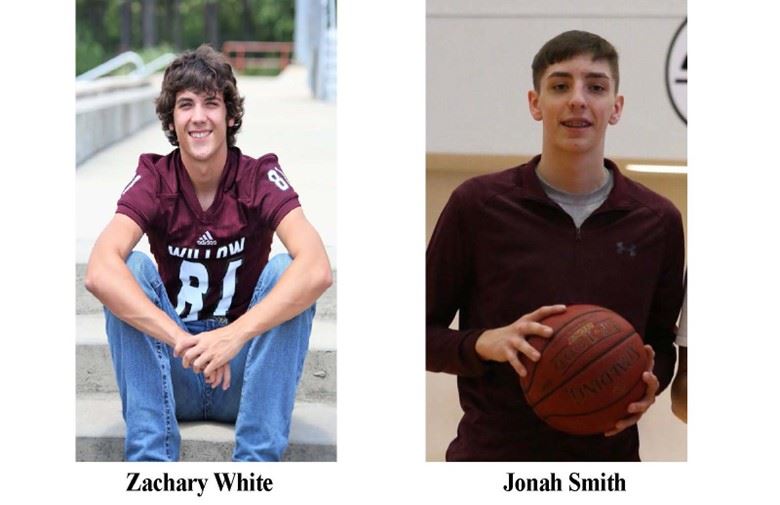 Zachary White, 17, and his 16-year-old passenger, Jonah Smith, were killed when their 2001 Toyota 4Runner slowly drifted off the edge of Route 181 in Douglas County. As Zach attempted to get the vehicle back on the highway, the lack of a shoulder and critically steep side slopes caused the vehicle to roll over, ejecting Zach and Jonah from the 4Runner. Both teens sustained fatal injuries.

H. Lynn Henry, a partner in the Henry & Williams, P.C. in West Plains, represented the parents (plaintiffs) in the wrongful death lawsuit.

The lawsuit demonstrated the following:

MoDOT contended the sole cause of the fatal injuries was Zach’s inattention and overcorrecting as he attempted to get the vehicle back onto the traveled way.

An Afternoon Swim Is Followed by Deadly Crash

At the time of the fatal crash, Zach, a rising high-school senior, had Jonah, soon to be a junior, as a passenger in the right front seat. Two high school football teammates were passengers in the back seat. Zach led a four-vehicle procession of 10 Willow Springs High School football players to Noblett Lake for swimming after football practice. After leaving Noblett Lake on AP Highway, all four vehicles turned right off AP highway and traveled north on Route 181 through an area known as Blue Buck Hill. The fatal accident happened at 3:29 p.m. after traveling approximately 650 feet north on Route 181.

The Highway Patrol Technical Supplement Report, offered in evidence by Attorney Henry, stated that the vehicle traveled about 68 feet and went into a counter-clockwise yaw before returning to the road and overturning. Mathematical calculations by Highway Patrol Corporal Stacy Crewse, who also participated in the investigation, concluded that Zach’s speed at the time of the yaw was 37 to 43 miles per hour. Corporal Crewse also testified that Zach’s speed was very close to 37 to 43 when his vehicle left the roadway. Speed was not a factor in the accident.

Corp. Crewse echoed Sgt. Gruben that Zach slowly drifted off the roadway and that there was no evidence he suddenly drove off the road or drove erratically.

Eyewitness testimony from seven of the teens traveling behind them told investigators:

MoDOT Did Not Preserve the Road’s Original Design

According to MoDOT, the initial construction of the road was completed in 1959 or 1960. National guidelines in 1945 called for a minimum roadbed width of 24 feet and a desirable width of 28 feet. MoDOT chose the narrower roadbed in their 1949 Design Manual. The original plans for the road’s construction called for a 24-foot roadbed, including shoulders.

MoDOT Disregarded Its Own Policies

MoDOT’s Engineering Policy Guide (EPG) states the road’s shoulder “should be kept level and flush with the pavement at the pavement edge.” The guide further states, “Width is to be maintained as constructed unless it is desirable to widen the shoulders.”

Despite the MoDOT EPG requirement that the shoulder width is to be maintained as constructed and the Practical Design Manual stating to never eliminate shoulders, there are no shoulders on the stretch of highway where the collision occurred. MoDOT employees either admitted that there is no shoulder or refused to answer the plaintiff's attorney's questions about whether a shoulder exists on Route 181.

The former Sheriff and Deputy Sheriff Darrin Reed, at the request of the plaintiffs’ attorney, drove an 8-mile stretch of Route 181. He testified that the location where Zach drifted off the highway was the only place for 4 miles in either direction where there had been any rut repair. As set forth in MoDOT’s EPG on Shoulder Maintenance, “Particular attention is to be given to shoulders that have been resurfaced through programs such as a maintenance “Contract Leveling Course” where the contract does not include shoulder work.”

MoDOT records show that the section of Route 181 where the accident occurred underwent a contract leveling course in 2002 but did not include any shoulder work. The EPG states, “Edge ruts are a continual maintenance problem on earth shoulders, especially where the roadway surfaces are less than 24ft wide. They are caused by vehicles running partially or completely off the roadway … .”

MoDOT’s EPG also states, “The placement of a 2 to a 4-foot-wide strip of aggregate along the pavement edge has also proved effective where shoulder settlement is continuous, or edge ruts are a problem.”

The plaintiffs presented expert testimony from three retained civil engineers. They all testified that Route 181 was dangerous and unsafe.

Ben Hosinski (Indianapolis, IN), who has testified in numerous dangerous highway cases in Missouri, testified to the following:

When questioned by defense counsel, Dr. Glennon reiterated that “in most cases” a driver would be in a dangerous situation if their tire drifts off the pavement. After further questioning, he added, “Maybe a few inches, but if it gets to be a foot and a half, you’re in trouble.”

Richard Cannon, with more than 20 years of experience working for the Wisconsin Department of Transportation, testified to the following:

Several current and former employees of MoDOT conceded to the importance of shoulders and the lack of that safety feature on Route 181. The state’s maintenance crew is responsible for maintaining everything off to the side of the pavement and guidelines should be followed. On the advice of their counsel, some employees refused to say whether the road lacked a proper shoulder.

MoDOT proved inadequate in living up to its EPG Mission: “Our mission is to provide a world-class transportation system that is safe.”

The arbitration panel heard evidence and arguments Oct. 10-12, 2022, before beginning deliberations on the evening of the third day. The panel issued its arbitration award on Oct. 18.

The panel returned with the following findings:

Panel member Samuel Spain from Poplar Bluff filed a Dissent. He believed the result would have been the same if the shoulder had met MHTC Guidelines.

Statutory caps limiting the recovery against the state means the Smiths and the Whites will collect a small portion of the $3 million award for the loss of their sons. The maximum damages available against the state change annually. The current statutory limit is $459,893 per claim. The Smiths and the Whites will collect only 15% of the award. Attorney fees and expenses will also come out of the arbitration award.

The Plaintiffs Didn’t Sue for the Money

As reported by Attorney Henry, the Smiths and the Whites have never been in this case for the money.

“If instead of the money, there was magic, if Zach and Jonah could walk through those doors and give their parents a hug, a kiss, and a loving embrace, and the boys could stay only five minutes – just long enough to say I love you and goodbye – if that could somehow happen – I assure you that Jeff, Kyla, Ivan and Janel would gladly hand back to you any award you might enter, and give up whatever amount of money that might be for just 5 minutes with their sons – and we’re talking about a lifetime,” argued Mr. Henry in his closing.

“For the Smiths and the Whites, it is their hope that for MoDOT going forward, this case will be a reminder of the importance of maintaining a safe highway so that no other family will go through the loss that they have due to MoDOT’s failures to follow the guidelines to keep the highways safe for all of us.”

If a loved one has been killed in an accident, schedule a free consultation at Henry & Williams, P.C. to discuss your wrongful death case. Contact us online or call (800) 526-1949.